12 Foods That Control Your Appetite 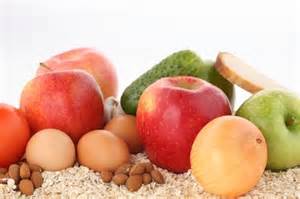 When it comes to losing weight, portion control and curtailing the amount of food you eat is important in order to see the best results. However, it can come at the price of hunger pangs and falling off the diet bandwagon in just a matter of weeks.

Without raiding the refrigerator and eating additional calories, there are ways you can calm your ravenous stomach. As a matter of fact, there are specific foods that will send a signal to your brain that you’re done eating.

In order to tune out the tempting voice of the pint of ice cream that keeps calling out your name in the freezer, you’ll want to concentrate on the following satisfying and healthy foods.

Whey protein is one of the heartiest and most satisfying of milk products. Individuals who drank this important protein-enriched beverage were found to reduce their calorie intact dramatically then those who consumed a carb-loaded beverage.

Avocados are just as filling and incorporating them into your lunch is easy to do. Whether you fill one half with diced broiled chicken breast and vegetables or top them on your favorite salad, you won’t be tempted to visit the nearest vending machine.

Lentils, beans and chickpeas are nutrient and protein-rich foods that can pack a lot of B vitamins, iron and antioxidants. Because they are also high in fiber, they are great at appetite control. When consuming super foods such as these, a recent study found that individuals were found to be at least 30 percent more satisfied after the conclusion of the meal.

An apple one half hour before meal time can keep your cravings at bay. Consuming an apple shortly before you eat can leave you feeling full longer. The water and fiber in the apple helps prevent hunger pangs, so you eat less during meals.

Fermented foods such as sauerkraut, pickles and kimchi are known as short-chain fatty acid (SCFAs) foods. In a recent study, researchers found that the correlation between the brain and stomach were often strengthened after consumption. In addition to relieving hunger pangs, the SCFAs were also known to host probiotics and aid in digestion. Probiotics have also been thought to aid in weight loss and reduce appetite.

A latest Penn State study concluded that broth-based soups are great at curbing your appetite when consumed right before the entrée. Since they take up a lot of space in your stomach, you can reduce your caloric intake by as much as 20 percent and with a lower number of calories.

The capsaicin responsible for giving chili’s their fired up kick can also rev up your metabolism. Research also pointed out that the same compounds when added to a meal can also keep your appetite from getting out of control. Simply adding ¼ tsp to your meal can increase your level of fullness and lessen the desire to snack later on in the evening.

A healthy dose of eggs in the morning can help your body feel more satisfied and full. Researchers indicate that the power of not wanting to snack comes from the protein. A breakfast made up of 39 grams from eggs and sausage can help lessen the desire to snack in between breakfast and lunch. When consuming this high-protein breakfast, dieters were also found to consume a lower number of calories by the end of the day.

If you have a craving for something sweet and decadent, dark chocolate holds the key to your weight loss goals. Researchers found that in addition to protecting the heart, brain and lowering blood pressure, this delectable snack can prove more satisfying than its milk chocolate counterpart. As a matter of fact, participants in the study who consumed dark chocolate were shown to eat as much as 17 percent fewer amount of calories during meal time.

While cold cereal can be good for you, a warm bowl of oatmeal can keep your tummy feeling fuller longer. Participants in a recent study were given either cereal or oatmeal to eat. The group who consumed oatmeal was found to be satisfied longer than those who didn’t. Since oatmeal is high in protein and fiber, this nutritious bowl of gooeyness can also aid in heart problem and hydration.

While an essential nutrient to aid in your health and wellness, nuts are another feel good and filling food. Based on a study found in the British Journal, overweight women who paired orange juice, 3 tablespoons of peanut butter and Cream of Wheat had the capacity to feel fuller longer by as much as 12 hours. Nuts are a natural appetite suppressant because they are high in protein, fiber and unsaturated fat. This powerful food booster can regulate blood sugar and slow down digestion when mixed together with carbs such as brown rice and oatmeal.

Running low on water can trick your body into thinking it’s ravenous. Because hunger symptoms are the same to feeling of dehydration, a reduction in cognitive development, crankiness and low energy can often ensue. The next time you get the afternoon munchies, reach for a tall glass of water instead. You’ll be amazed at how fast your hunger pangs dissipate. 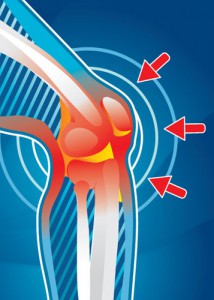 These days there are all sorts of different body problems, diseases and sickness’ that people and scientists have a hard time figuring out exactly what is causing them; there are just so many different factors. But what some do not realize is that heart disease, diabetes, Alzheimer’s, stroke and cancer have a lot in common. All of these, for certain, have one thing in common; scientists have found a connection from each of these to a condition called chronic inflammation. Along with this, they are also studying how a diet that is high in fatty foods, as well as having an exuberance of body weight, can also increase the risk for fatal disorders.

Chronic Inflammation is nothing out of the norm but is rather a natural response for the body; naturally responding to injury and outside irritation. Often those irritations do not go away, and this happens because of poor diets, being overweight and smoking. All of these components can then negatively affect the immune system which then increases the risk for disease. If the inflammation becomes chronic it can cause damage to the heart, brain, increase the chance of stroke and bring on diabetes. The worst part is that chronic inflammation is also linked to the development of cancer. Chronic inflammation is most common due to its relation to cardiovascular disease. Inflammation is natural, for instance, when the body has a cut, scrape or wound, and then the immune system rushes to the rescue. However, too much inflammation causes serious damage.

Research is being done to fight chronic inflammation with drugs, but a number of scientists are researching how a change from an unhealthy, high in fat diet to a healthy diet can actually lower the risk; dietary fiber and even dairy may protect from inflammation. Eating healthy and watching your weight is a good way of lowering the risk of chronic inflammation. Consuming a diet high in complex carbohydrates, fruits, vegetables, nuts, eggs, unsaturated fats and dairy in moderation is a great way to lower the risk of inflammation. Along with a healthy diet, exercise is a key component when battling inflammation. Obesity is one of the easiest ways to promote inflammation. Fat cells create molecules called cytokines, which then give the okay for inflammation to occur when there is an excess of fat cells in the body. Dr. Peter Libby, chief of the division of cardiovascular medicine at Brigham and Women’s Hospital in Boston and a professor at Harvard Medical School says, “We’ve learned that abdominal fat tissue is a hotbed of inflammation that pours out all kinds of inflammatory molecules.” Losing excess body weight can dramatically decrease inflammation in a short period of time.

Cancer is caused by many different abnormalities but one for sure is inflammation. Inflammation can be dealt with by keeping off excess body fat and eating a healthy diet. By living a healthy lifestyle the chance of inflammation is lowered which then eliminates at least one factor towards cancer.