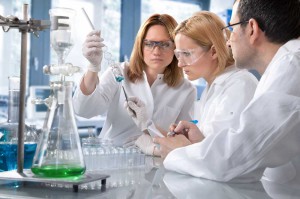 The U.S. government announced it allocated millions of dollars to fund new research into the prevention and treatment of Alzheimer’s disease, enabling scientists to launch ambitious new testing. The National Alzheimer’s Plan has a goal of finding effective treatment for the devastating effects of Alzheimer’s related dementia by the year 2025. The plan is funding research that has never been done before, including testing possible therapies in people who are not yet showing severe symptoms. The theory behind the research is to stop the advancement of the disease before the brain is severely destroyed and dementia has set in. More than five million Americans are living with Alzheimer’s and it’s estimated that 16 million will have the disease by 2050 if effective preventative treatments are not discovered.

Top Alzheimer’s scientists met just this past week to discuss research and possible treatments. Their consensus was that treatment of the epidemic will require the development of a cocktail of treatments, such as those used to help AIDS patients. Since Alzheimer’s affects the brain in different ways, multiple drugs are needed to aggressively prevent the ravages of the disease.

Two Landmark Studies
The initiative will fund two new research studies. First, a $7.9 million clinical trial will test an insulin nasal spray as a treatment. Separate research links diabetes with an increased risk of Alzheimer’s, prompting scientists to theorize that sending insulin to the brain could help people who are showing early signs of memory loss.

A second study, costing an estimated $16 million, is the first prevention trial of its kind. It will monitor people with the highest risk for developing Alzheimer’s based on genetics. As part of the research, about 300 people in Columbia that form an extended family and share the gene that triggers Alzheimer’s will test an experimental preventative drug called Genentech’s crenezumab. Researchers hope to see a delay in the onset of symptoms in the group, comprised of people in their 40s. The research will also include family groups of Americans with the same genetic mutation.

Prevention studies are critical to developing treatments because the disease starts causing brain damage about a decade before symptoms appear. “Once the train leaves the station of degeneration, it might be too late to stop it,” says Dr. Reisa Sperling of Harvard Medical School. Physicians and scientists recognize early treatment is crucial just as it is for disorders such as heart disease, cancer or diabetes.

Today there are just five medications available to treat Alzheimer’s and they only mildly and temporarily delay the advancement of the disease. Sperling further emphasized the need for more research by pointing to the fact that 10 drugs have been tested and failed over the last decade. A new breakthrough is desperately needed.

Increased Support and Awareness
Two of the major goals of the National Alzheimer’s Plan is to provide more resources and better support for families who are caring for Alzheimer’s patients, as well as raise awareness within the community. Families will now be able to access www.alzheimers.gov, a “one-stop shop for families,” according to Health and Human Services Secretary Kathleen Sebelius. In addition, the plan funds new training to help doctors and other health care providers identify patients in the beginning stages of the disease and what treatments are best for them.

Six million dollars has been allocated to educate caregivers, physicians and hospital administrators. Additionally, $8.2 million will go toward an outreach program to improve public awareness. Patient advocates feel this step is important to overcoming the stigma associated with the disease that causes many to be diagnosed in the late stages. One report estimates 85 percent of Americans can identify symptoms, but misconceptions lead to late diagnosis.

Causes of the Disease
Further emphasizing the need for research is the fact that scientists still do not know what exactly causes Alzheimer’s. They theorize that abnormal amounts of proteins form amyloid plaques and tau tangles in the brain, causing neurons to malfunction. As the disease progresses, neurons lose more and more functionality and the ability to communicate with each other, eventually dying. The damage then spreads to the hippocampus, the part of the brain that forms memories. Based on this theory, scientists have tested anti-amyloid drugs but found they failed to stall the disease.

Known Prevention Techniques
For those at risk of developing Alzheimer’s or in the beginning stages, Dr. Carl Cotman, with the University of California, suggests three “brain-protective steps” to take now.

Sugar Can Make You Dumb, US Scientists Warn

Washington- There was a study published Tuesday that suggests eating too much sugar can reduce your brain power. The study was performed at the University of Los Angeles California and involved two groups of rats. Both of the rats were fed high-fructose corn syrup for six weeks. One of the groups were supplemented with omega 3 fatty acids, while the other group did not get a supplement.

Before the study was carried out, the rats were enrolled in a training course in a difficult maze. After the experiment was completed, the rats were put back into the maze. Fernando Gomez-Pilla, who is a professor of medicine at the University of Los Angeles California, stated that the rats who were not given any omega 3 fatty acids were slower. He also found that their brains showed a decrease in synaptic activity. This means that the rats’ brain cells had trouble sending signals, which made it more difficult for the rats to think clearly and recall information.

Dr. Gomez-Pilla also found that the rats that were not given an omega 3 fatty acid supplement were starting to become insulin resistant. Insulin is the hormone that is responsible for regulating blood sugar. Dr. Gomez-Pilla believes that insulin may also play an important role in the brain. It seems that this hormone may disrupt learning and memory.

However, it is important to note that the effects of high-fructose corn syrup on the brain have not yet been studied. Researchers do believe that the findings of the study suggest that the metabolic syndrome can also have a negative effect on the mind.

Dr. Gomez- Pilla concluded by saying that everything that you consume will have a direct effect on your mind and the way that you think. If you eat a lot of foods that contain high-fructose corn syrup, you could be altering your brain’s ability to process information. You can minimize this damage by adding an omega 3 fatty acid supplement to your diet. More information about the results of this study can be found in the Journal of Physiology.