Post Must Compensate Consumers for High Sugar in “Healthy” Cereals 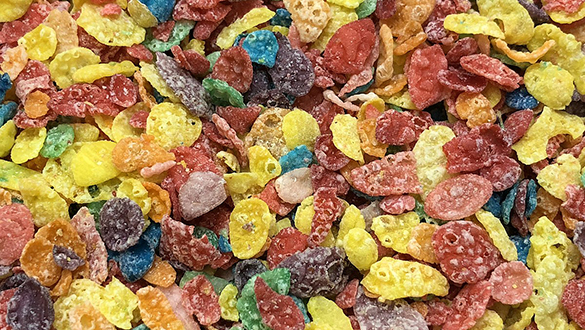 Big cereal had another rotten day in court, and parents who take their children’s health seriously gained a little more traction in the long-running fight to get candy off the breakfast table.

Ultimately, this could be a win for you, too.

On March 22, Judge William H. Orrick issued an order that will compel Post Foods to set up a $15 million fund to compensate the consumers, whom the court says it misled. Unless you are a plaintiff, you won’t be first in line to collect, but you could make a claim after that money is paid out.

More important to you, though, this lawsuit has forced a big company to change in a way that is better for our health. Post will revise the claims on its packaging.

There are no actual candy bars involved in this breakfast table battle, but that’s a niggling point. Some of Post’s cereals pack even more sugar. Its most sugary options include Honey Comb (36% of calories from sugar), Chips Ahoy cereal (37%), Golden Crisp (52%), and Honey Oh’s (40%).

If those numbers surprise you, that was exactly the point of the consumers who joined the class action suit against Post. No one is surprised to find sugar in a candy bar. That, after all, is the point of candy.

But the plaintiffs in this lawsuit said Post tried to fool them with claims that their cereals were healthy and weasel words that attempted to hide the truth. The cereals specifically named in the suit included Great Grains (17-29% of calories from sugar, depending on the variety), Bran Flakes (25%), Honeycomb (36%), and most surprising to many who thought it was a healthy option—Raisin Bran at 42% of calories from sugar. More than every candy bar noted above.

Post had billed these cereals as  “natural,” “smart,” “healthy,” “nutritious,” and “having no high fructose corn syrup.” They also claimed “less processed nutrition that you can see.”

This is where it gets interesting. By the letter of the law, all those claims are true. They amount to puffery, which is legal. The court, however, read into those words an intent that was less than honest.

The current order to set up a fund for damages arose from a 2018 case that Judge Orrick decided. At the time, the judge said the claims might be literally true, but it “does not mean that those statements cannot be found to convey a false or misleading impression concerning the health or nutrition benefit of the product when read together with the other challenged statements found on the same label and in light of the allegedly excessive amount of added sugar in those products.”

It was the sugar that gave the judge pause.

U.S. dietary guidelines recommend that added sugars amount to no more than 10% of your daily calories. FDA also considers 10% added sugar to be the limit on what’s healthy.

In defense of Post, Raisin Bran is so high in sugar because… the raisins. Those little nuggets of sweetness derive 78% of calories from sugar. That sugar is inherent to the raisins, not added, but still, they’re extremely sugary. And they do constitute an addition to the bran.

This Fight Will Continue

The battle between health advocates and consumers on one side and food processors looking for an edge on the other side has been long running and will continue for a long time yet.

Worse for us, we are still far from universally accepted truths about what is or is not healthy. Even the law remains murky. In 2019, a U.S. District Court tossed out a similar lawsuit against General Mills.

That time, the judge said the company had told the truth and it was good enough. Consumers could not be misled, the judge believed because it was up to them to decide whether the sugar content was healthy or not.

In other words, the same situation that got Post into trouble amounted to a free pass in a different court for General Mills.

Meanwhile, another judge has allowed a lawsuit against Clif Bars to proceed. In that case, the situation is much the same. The company marketed its products as being wholesome and nutritious. Yet when the suit was filed, the Classic Clif bar contained 25% to 34% of calories from added sugar. Clif Kid Original Z bars were 34%-37% added sugar.

When you are trying to eat for good health, the white stuff in the sugar bowl is one ingredient to avoid or use sparingly.

And despite their haloes of healthy naturalness, that goes for honey and agave as well. Ditto molasses, maple syrup, and coconut sugar.

It’s human to crave sweets. They are all high in calories, and primitive man had to work hard to keep his calorie intake high.

But for us moderns, getting calories is no trouble at all. So, it’s best to indulge our sweet tooth knowingly. It would make more nutritional sense to have two homemade chocolate chip cookies (30% of calories from sugar) once or twice a week and savor them than to pour yourself sleepy-headed self a bowl of Chips Ahoy every morning.

Sugar that is natural to food is less of a problem. An orange is extremely high in sugar at 51%. But the fact is, we usually only eat one at a time. The whole load is not great. Plus, you get a nice dose of fiber and vitamin C.

Put a box of Oreos in the cupboard, though, and it’s hard not to grab a half dozen, with almost no nutritional benefit to excuse us. (Three Oreos do supply 10% of your daily recommendation for iron!)

The Clif Bar lawsuit is still wending its way through the legal maze. So is another one about whether a “lightly sweetened” chai is really lightly sweetened. Kellogg is still negotiating a settlement in another lawsuit.

And certainly, with one judge dismissing a case against General Mills while another finds fault for the same actions at Post keeps the waters muddied. It will take more lawsuits, progressing to higher and higher courts, to finally settle it. That is years away.

Meanwhile, your cereal boxes will be seeing new wording to minimize the misleading claims and stay out of court. And that’s a win for us all.